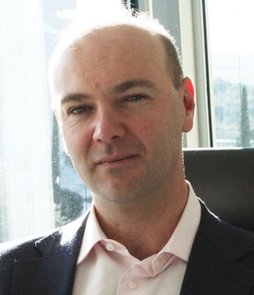 Julio is the CEO and founder of Adhara, a decentralized, real time, multi-currency global liquidity management and international payments network based on tokenized money over a smart contract-enabled distributed ledger.  Previously he was head of R&D in Santander's Innovation Division, where he executed major innovation projects globally, led new business incubation and venture creation efforts, and actively contributed to Santander's M&A and Venture Capital activity in Fintech. He also led Santander's activities around Blockchain, distributed ledgers and smart contracts, and founded Santander's crypto Lab, a collaborative space to bring Blockchain technology to the market both applying it within Santander Group as well as in partnership with other leading banks and specialized technology players.

Julio's career started out as chip designer, focusing on high performance analog (full custom) and   digital systems-on-chip. He then worked for McKinsey & Co, where he specialized in Banking serving many of the top financial institutions in Spain, Europe and LatAm. In 2007 he joined Santander, where he has played corporate leadership roles in Investment Banking, Consumer Finance, and IT & Operations, and has participated in many of Santander’s acquisition processes during the last years.

Julio is a Telecommunication Engineer (UPM-Spain), PhD in Computer Science (UAM-Spain), and MsC in Management of Technology (MIT-Sloan). He is also a part-time entrepreneur working on capital markets technology startups, focusing on low latency algorithmic trading in FX markets.