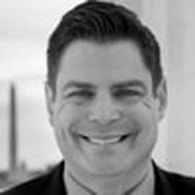 As a Founder of the Value Technology Foundation and Board Advisor for the Wall Street Blockchain Alliance, Jason believes blockchain and digital asset technology can have a profound impact on financial and other sectors of the world economy for the better. Jason Brett is a former federal regulator at the Federal Deposit Insurance Corporation (FDIC) with more than 15 years of experience in financial services. At the FDIC, Jason conducted quantitative analysis during the financial crisis of 2007-2008. Jason evaluated counterparty risk, bond valuations, and credit default swaps for large institutions including Washington Mutual, Wachovia, Lehman Brothers, AIG and Bank of America.

Later, Jason worked as a consultant for RSM and Booz Allen working with U.S. financial regulators, including the Federal Reserve, U.S. Department of the Treasury, and the FDIC. Jason primarily worked on the MHA program from 2011-2015 in auditing compliance of large mortgage servicers on the eligibility, underwriting, and foreclosure prevention guidelines of the program. In 2015, Jason shifted his focus to blockchain technology, where he saw the potential for regulators to increase visibility and transparency of financial companies and financial markets.
​
Jason graduated from Cornell University with a bachelor’s in government and holds a master’s in business administration with a concentration in accounting and finance from American University.  He currently resides in Alexandria, Virginia.