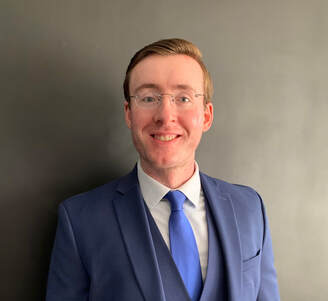 Dr. Sean Stein Smith is a professor at the City University of New York – Lehman College. He serves on the Advisory Board of the Wall Street Blockchain Alliance, where he chairs the Accounting Working Group. Sean sits on the Advisory Board of Gilded, a TechStars ’19 company and AICPA-CPA.com startup accelerator participant, and is a strategic advisor to the Central Bank Digital Currency Think Tank. He is the immediate past chairperson of the NJCPA's Emerging Technologies Interest Group (#NJCPATech), and is the host of the NJCPA TechTalk Podcast. Sean is the President-Elect of the NYSSCPA Manhattan-Bronx Chapter. Sean will be joining the NJCPA Board of Trustees beginning in 2022 for a 3-year term.

Sean has also been named one of the Top 100 Most Influential People in Accounting, is a recipient of the NJCPA Ovation Award for Innovation, has been named a 40 under 40 in the accounting profession from 2017-2021 by CPA Practice Advisor and the NYSSCPA. Sean was named on the NJBIZ Power 50 in Accounting in 2021. He frequently presents for accounting organizations and state societies across the United States, and is a frequent media guest. Sean has guest lectured at numerous institutions of higher education including New York University (NYU), the Ohio State University, and Washington University in St. Louis.

Sean has published multiple books, and dozens of academic and practitioner articles connected to the topics of blockchain, cryptoassets, and financial services including publications with Springer, Emerald, and Routledge publishing houses. His award-winning research has been recognized and honored both in the United States and internationally, and he is a frequent guest on media outlets discussing blockchain, cryptoassets, and accounting technologies.

​He has served as a Visiting Research Fellow at the American Institute for Economic Research (AIER), and has a book forthcoming with the Institute, due for publication in 2022 and writes a weekly column with Forbes, in the Crypto & Blockchain vertical.
Working Group Chairs
Copyright © Wall Street Blockchain Alliance 2022